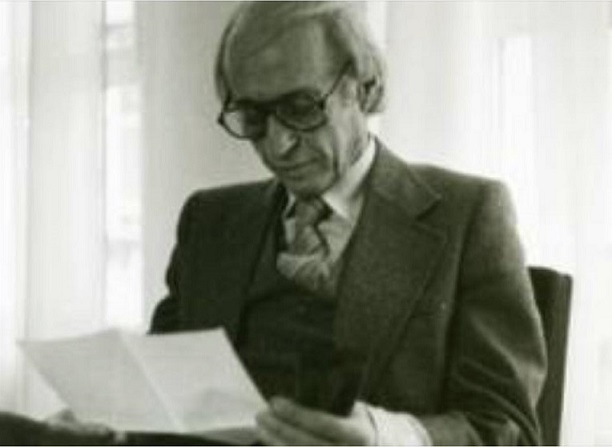 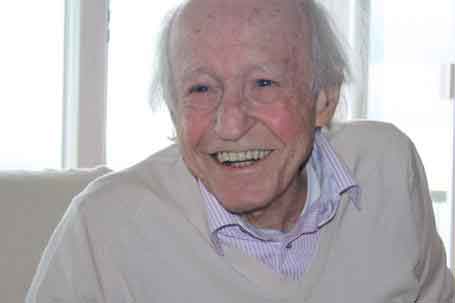 Prof. Ismet Cherif Vanli (1924-2011), (Kurdish: Ismet Sheríf Wanlí, عیسمەت شەریف وانلی) was born on 21st Nov 1924 to Kurdish parents in the Kurdish quarter of the city of Damascus/Syria. His father Muhammad Cherif Vanli had migrated to Damascus from the Van region of northeastern Kurdistan long before the fall of Ottoman Empire in 1918. Ismet's mother Xayriya Abdulla Alarrashi was originally from Diyarbaker who had moved with her family to Damascus.

After finishing his primary and secondary school in Arabic and French he moved to Beirut/Lebanon for further education. He studied Civil Engineering for one and half year before he realized that he has his heart on some other subjects.

Vanly moved to Lausanne/Switzerland in late 1948. He met the prominent Kurdish scholar Nouraddin Zaza at Lausanne university. Zaza was a strong factor in enrolling young Vanly at Lausanne university. Vanly successfully finished a bachelor degree in law and become a lawyer. He continued with his education at the University of Geneva where he accomplished a masters degree in History and a doctorate in political science. His doctoral dissertation focused on the right of the Kurdish nation to self determination and building a Kurdish homeland based on human rights and International laws.

With other Kurdish student in diaspora. Ismet established the Kurdish Student Society in Europe KSSE in 1956. Many existing student societies of Iraqi, Turkish and Iranian origin were against a separate Kurdish student societies. They argued that Kurdish interests were already imbedded in their programs. Nonetheless, Ismet was intent on becoming the voice of the Kurdish nation in Europe. He traveled around the Europe and attended many international conferences as KSSE representative. In 1958 he was elected to represent KSSE at London International Conference (?) where many nations of the worlds were represented. He also was KSSE representative at annual conferences of International Student Union.

In early 1959 he moved to Paris to study Kurdish History at the Sorbonne University. This was in liaison with Kamran Bedir khan who was at that time a lecturer in Kurdish language at the Sorbonne. France was the only country in the world that Kurdish historical studies were provided.

As a true believer in Kurdish nation's legitimate rights for self-determination he promoted Kurdish political struggle in Europe. Vanly was the spokesman in Europe for General Mostapha Barzani's, from 1962 to 1966, and then 1975 and 1976. “He used to say that I did not believe in Kurdish autonomy,” states Vanli. “I suggested this many times that Barzani needed to change his views form Kurdish autonomy in Iraq to a democratic federal Iraq where Kurds could get their federal state.” (excerpts from Vanli’s 1969 book “The Struggle of Iraqi Kurdistan” that was based. on his doctoral dissertation, where he argues that the Kurdish nation have the right to determine their own faith.) Vanli believed that many Kurdish movements after 1945 have lost the real will of Kurdish nation for a free and independent homeland.

Prof. Vanli died on 9th or Nov 2011 in Lausanne/Swiss. Vanli worked primarily on national politics of the Kurds and their history, using French language as the medium. Some of Vanli's better-known works include:

This biography was prepared by Dilan Roshani 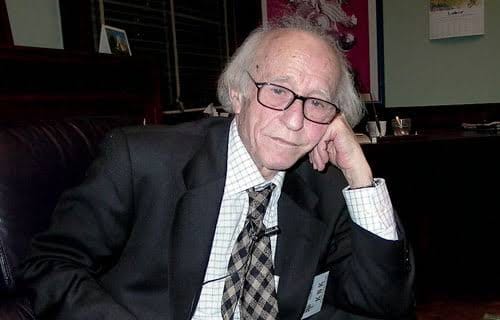 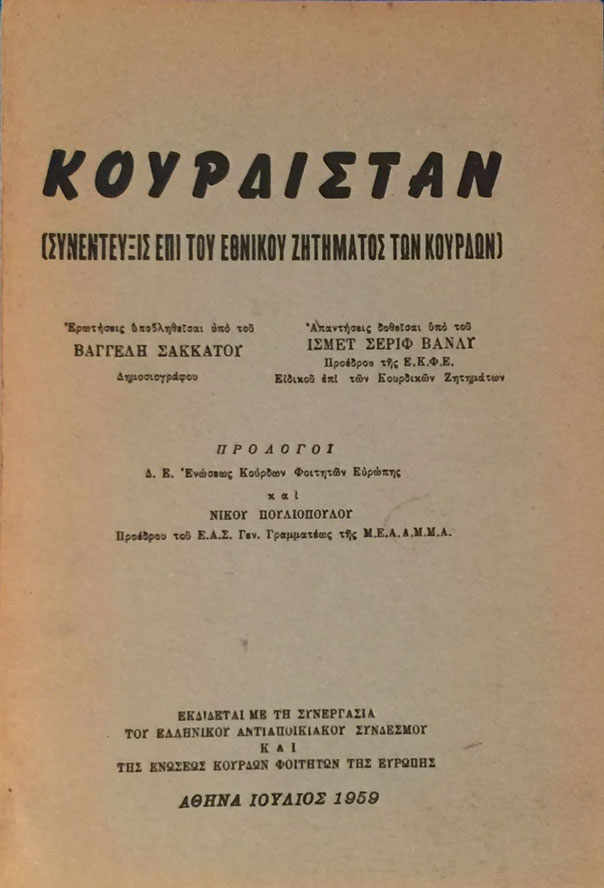 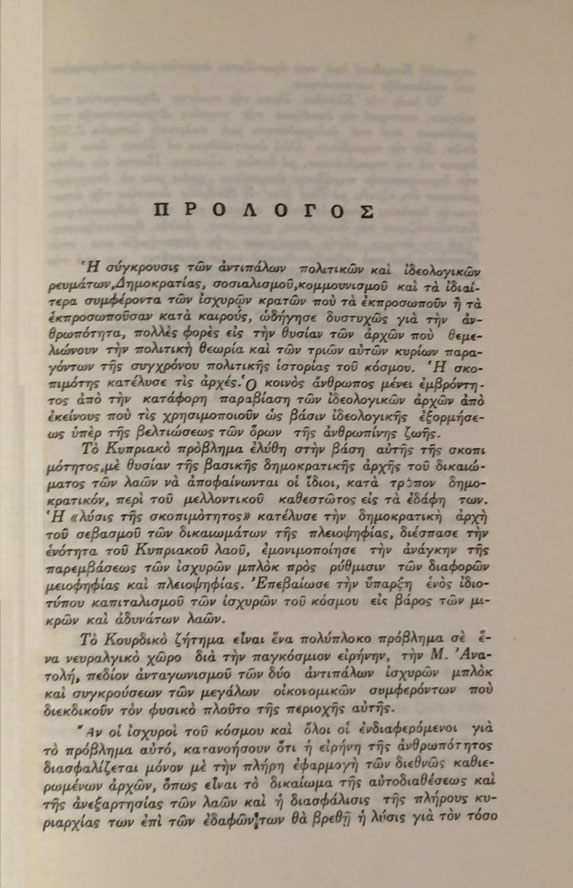 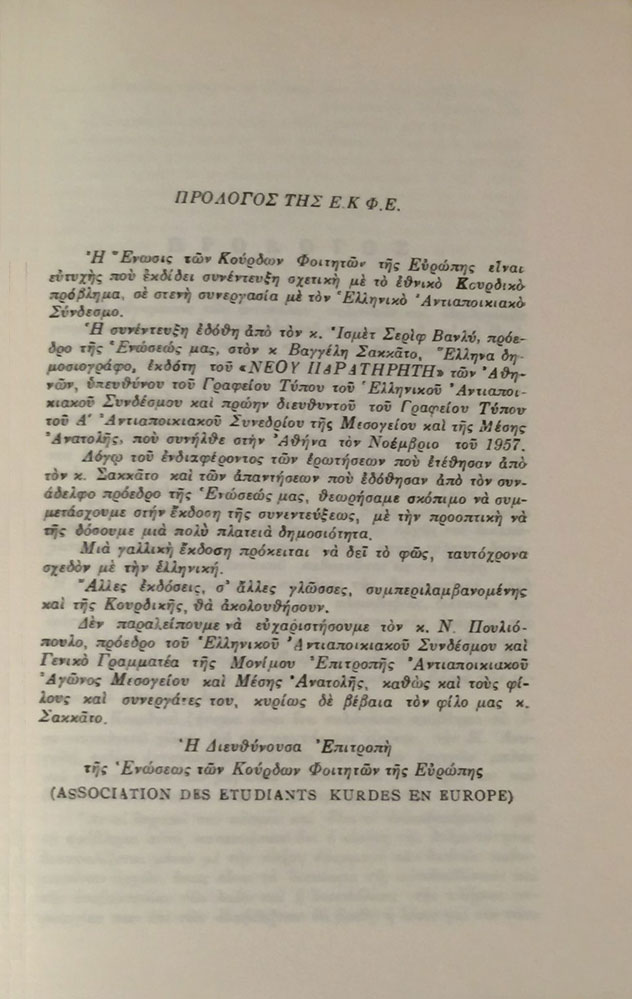 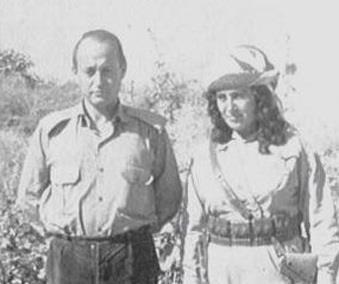 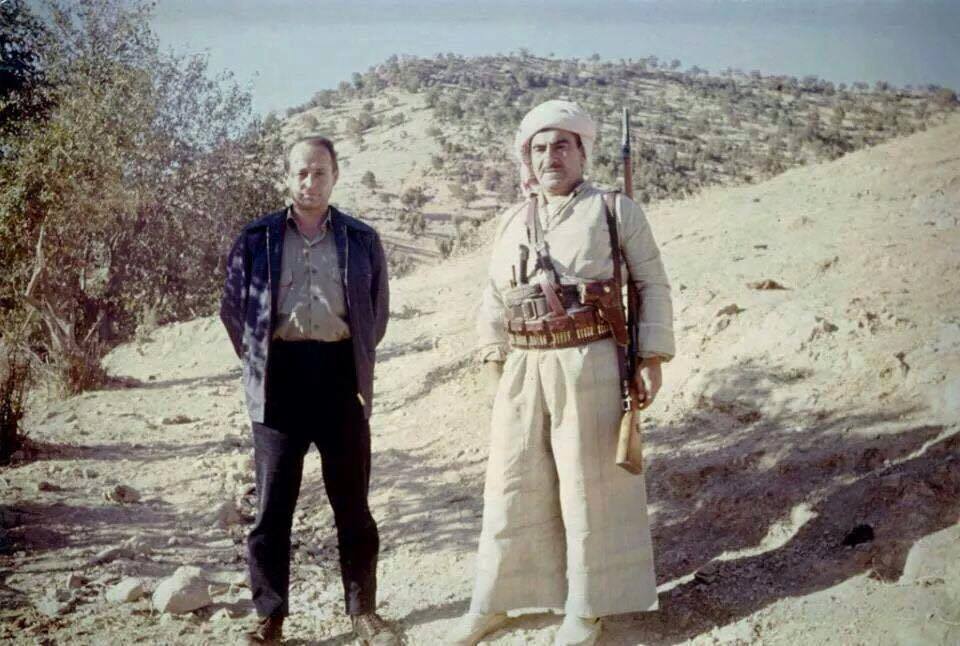 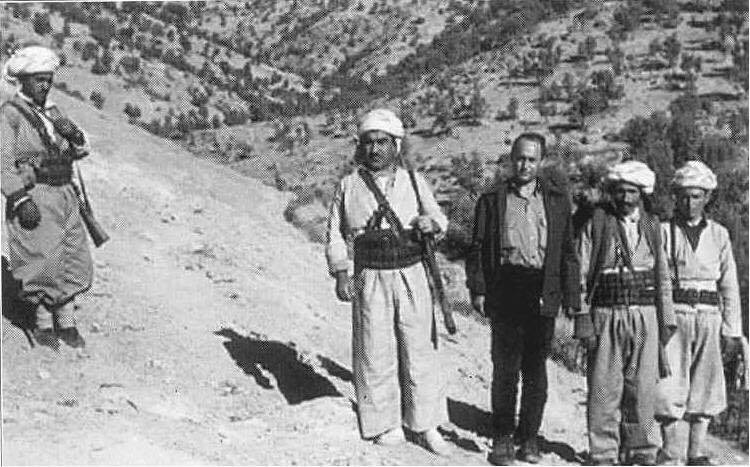 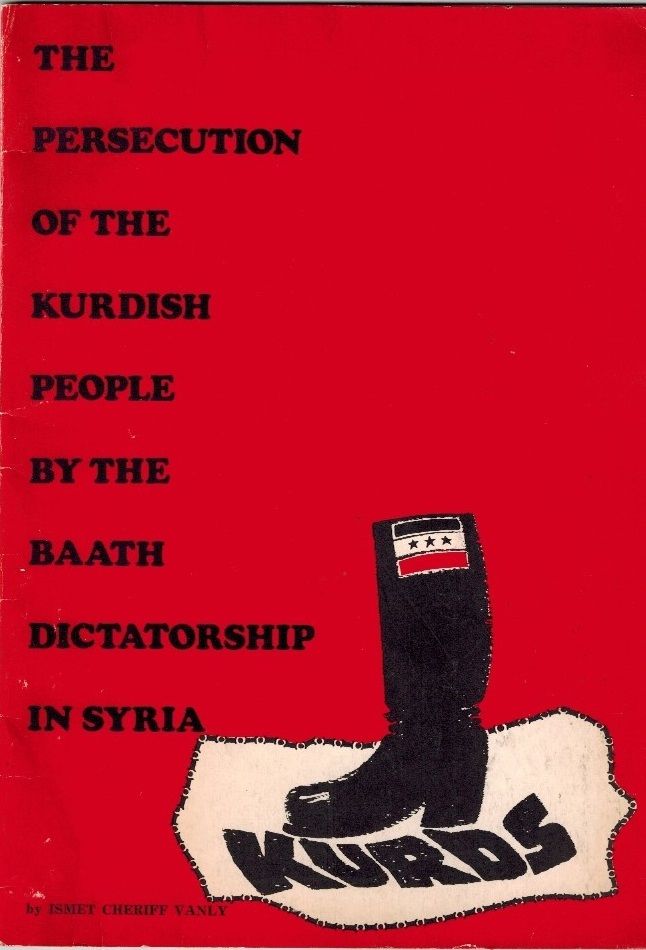 "THE PERSECUTION OF THE KURDISH PEOPLE BY THE BAATH DICTATORSHIP IN SYRIA - THE SYRIAN 'MEIN KAMPF' AGAINST THE KURDS"
by Ismet Cheriff Vanly, translator; 1968

This 40 page work was written "to bring to the attention of the Arab world, international organizations interested or not, and world public opinion, a book about the Kurds written in Arabic by Mohamed Talab Hilal, a Syrian Arab, then a minister in the Syrian government"