As it was such a large and intense hunt for the Jewish people in the Middle East, Judaica in general and
Kurdish Judaica in particular were very rare artwork genre in the ruthless Islamism dominant Middle East. 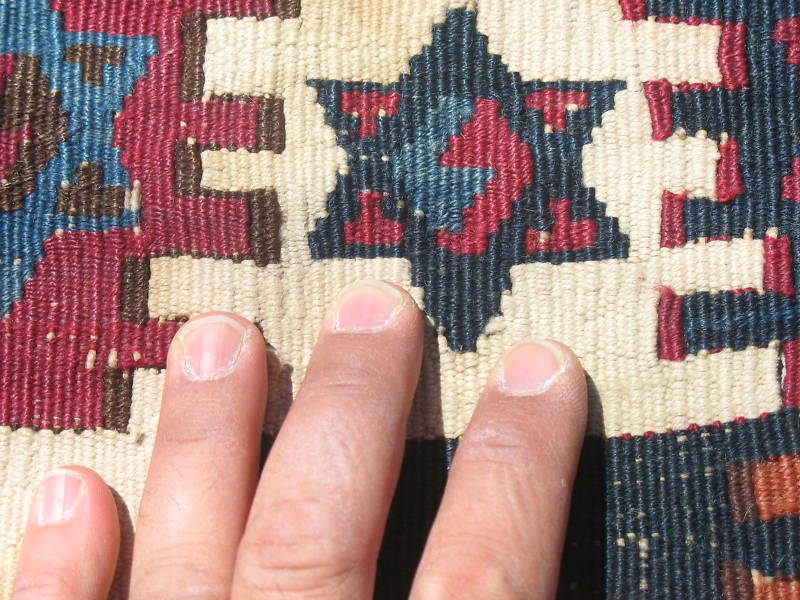 A rare piece - Authentic weaving from the kurdish towns of Sulaymaniya of a great Kurdish Kilim Weaving culture - and art center, till the 1940's when the community was moved.

If you can look beyond the condition and see this as a historical beautiful artifact - which inspires the imagination - with transcendental messaging to the
optic nerve.. 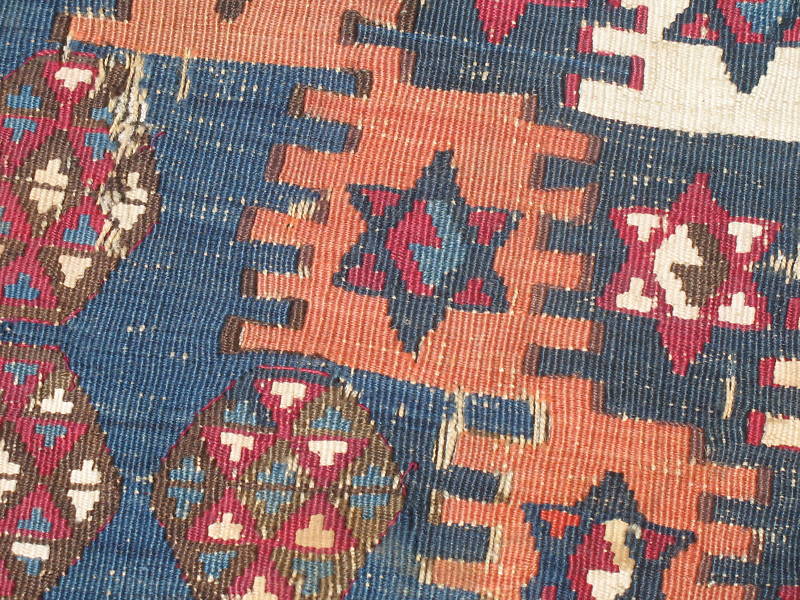 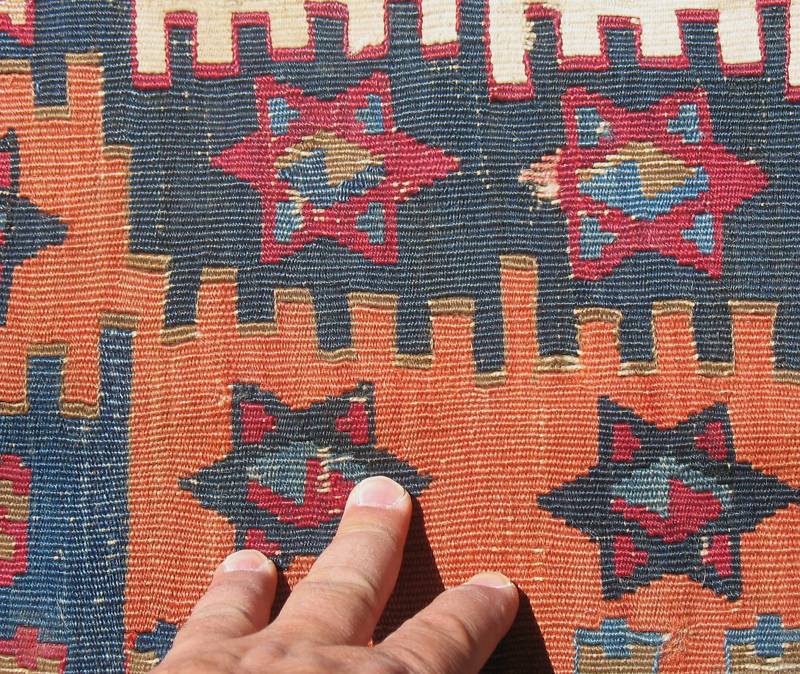 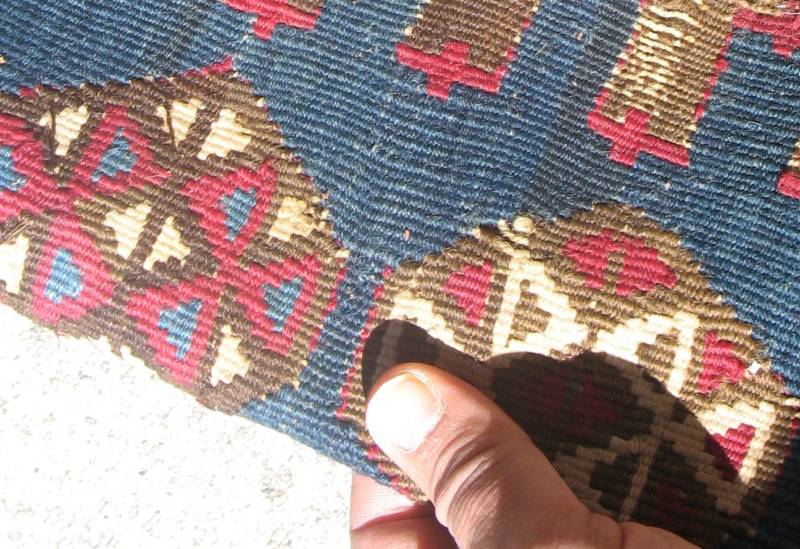