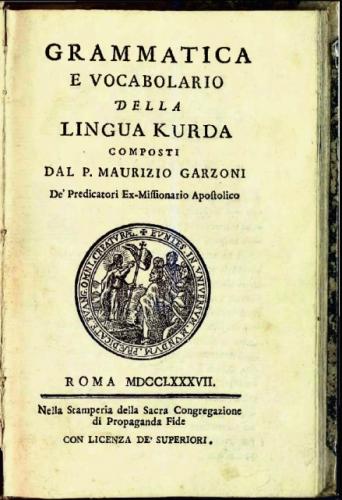 The earliest scientific European studies on the Kurdish language and civilization, which date back to the late 18th century, were carried out by missionaries (first by Italian Catholics and later by Anglo-Saxon Protestants). The pioneer of European Kurdish studies was Maurizio Garzoni (1734-1804), a member of the Order of Black Friars, who reached the region of Mosul (Mowsel) in 1762. Two years later he settled in ʿAmādiya, the capital of the principality of Bahdinān, to the northeast of Mosul. There he collected materials for his Grammatica e vocabolario della lingua Kurda, which was published in Rome in 1787. The first of its kind, it remained an important source of information on the Kurdish language until the end of the 19th century.

His colleague, Giuseppe Campanile (1762-1835), was sent to Mosul in 1802 by the Romans. Six years later, he was named Apostolic Prefect for Mesopotamia and Kurdistan. During that period he wrote his Storia del Kurdistan, published in Naples in 1818. This “History of Kurdistan,” the first overview of a Kurdish country, recounts the customs the author observed, the events he witnessed, and the people he met. 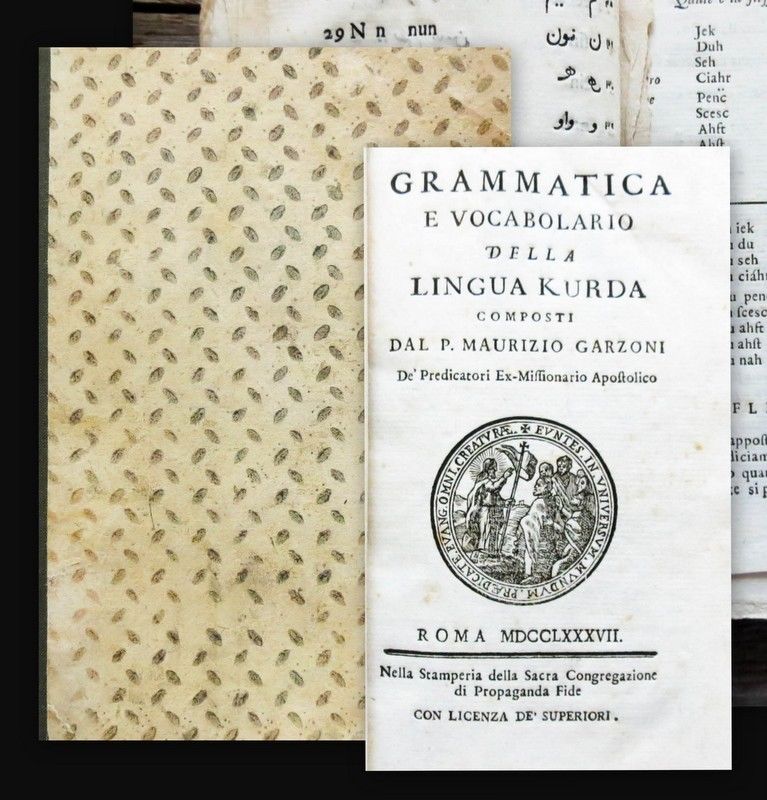