DIGGING BEYOND THE TIGRIS 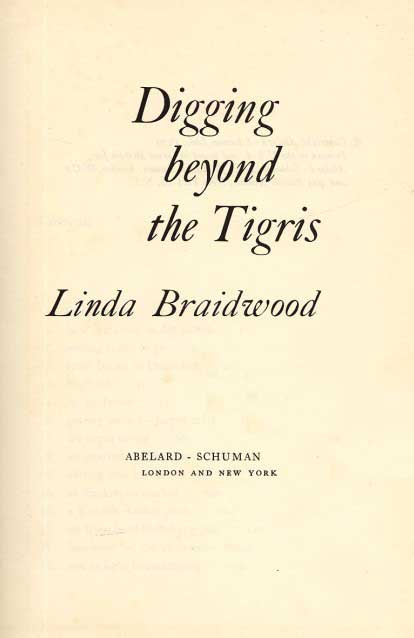 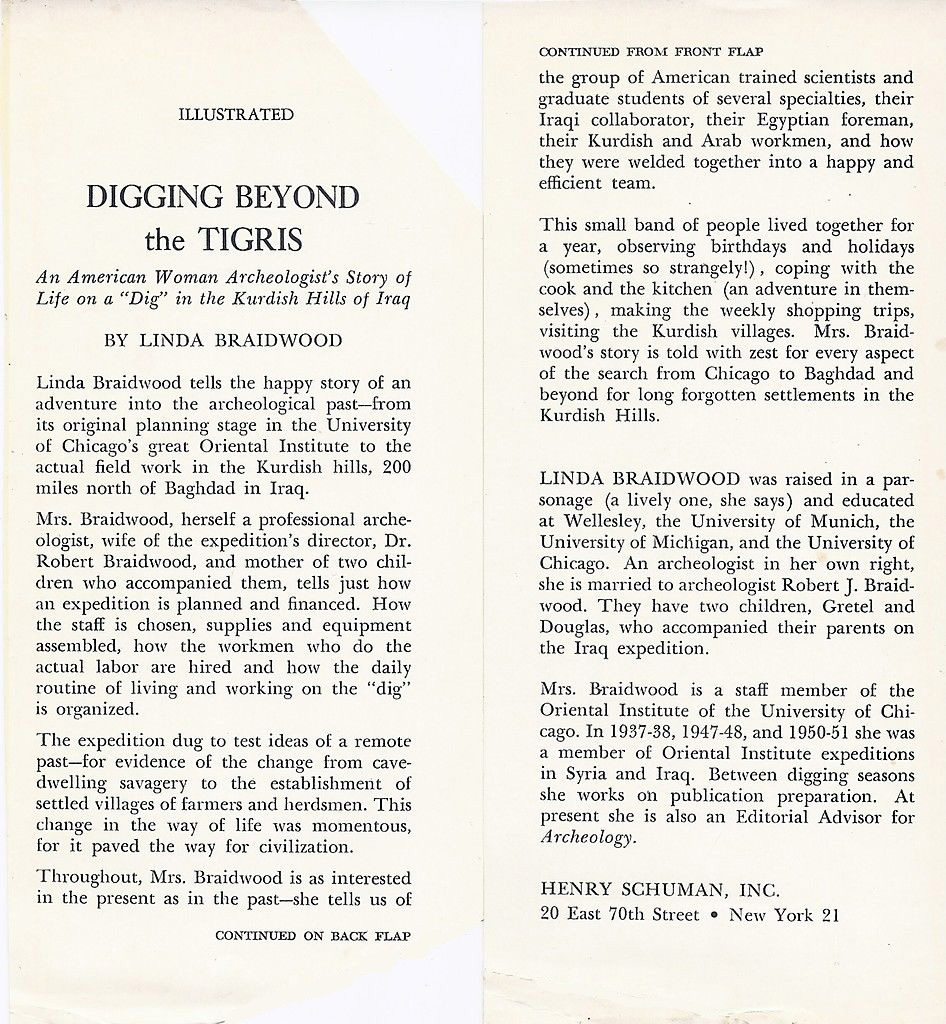 An American Woman Archaeologist’s Story of Life on a ‘Dig’

In the Kurdish Hills of Northern Iraq 200 Miles North of Baghdad.
A Happy Story of an Adventure into the Archeological Past 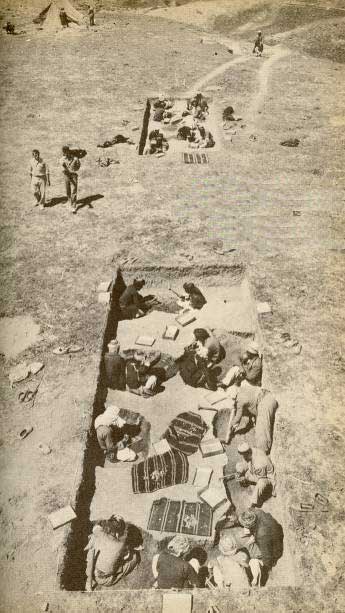 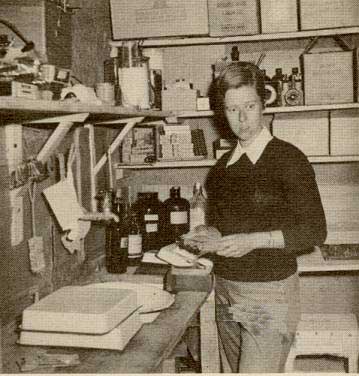 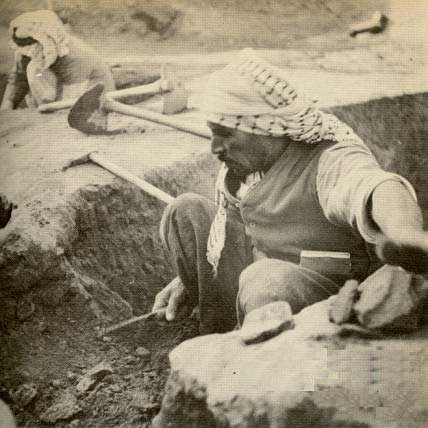 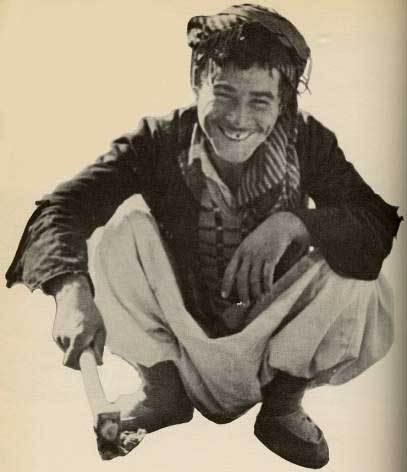 Mahmud at Work on Dig

THIS is the story of a happy archaeological digging season in the Near East, of how it was planned and how the expedition lived and worked in the field. In the old days the archaeologist was a romantic individual in a sun helmet. He brought his museum or his patron the loot of royal tombs or of the great cities of known fame, Babylon, Ur, and Nineveh.

The modern archaeologist is not interested in glittering antiquities as such. He is searching for general understanding of man's past rather than for royal tombs. He is contributing ideas rather than loot.

Jarmo, the site we excavated, promised to lead to a clearer understanding of the first great change in human history; the time when men first settled down in villages and lived by farming and herding. If we could learn a little more about this, our year would be well-spent. 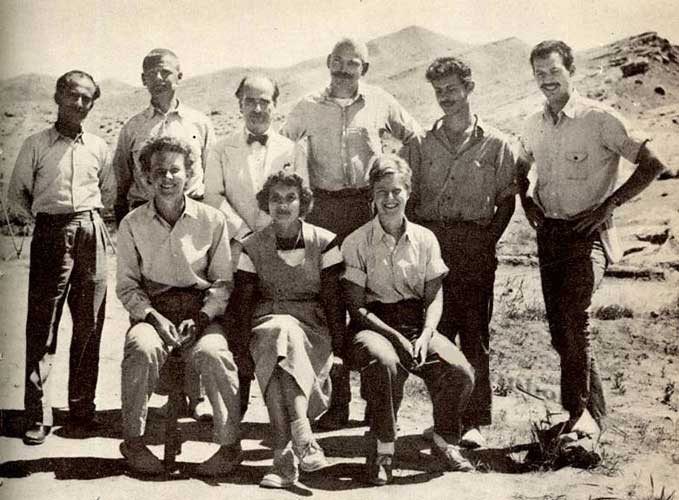 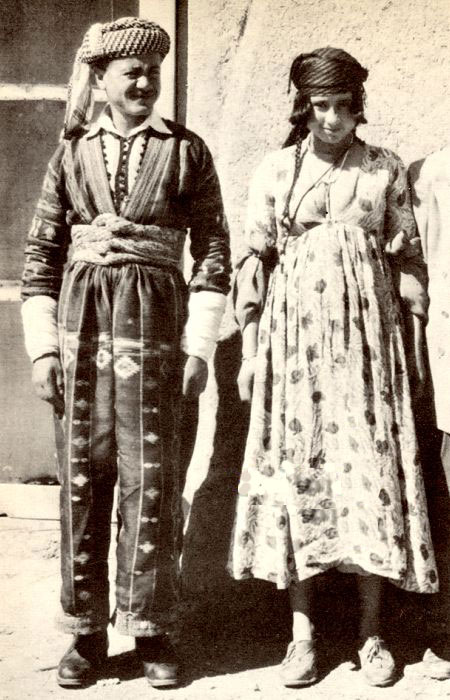 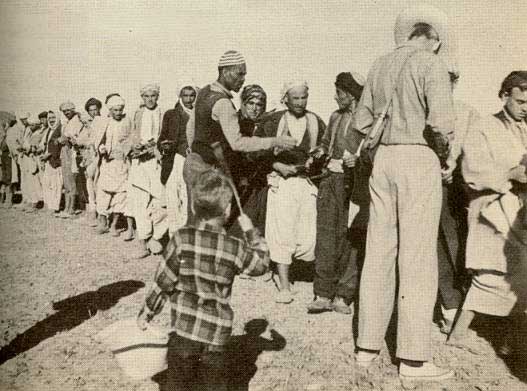 Bob and Abdullah punching men "out" with Douglas observing 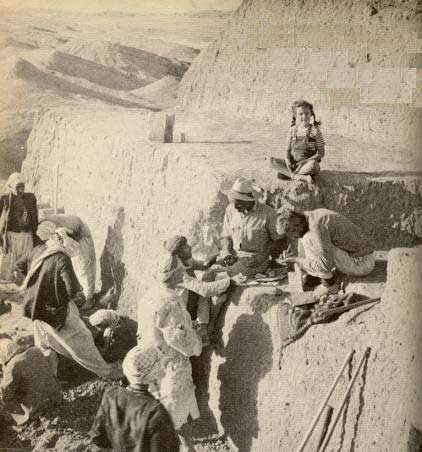 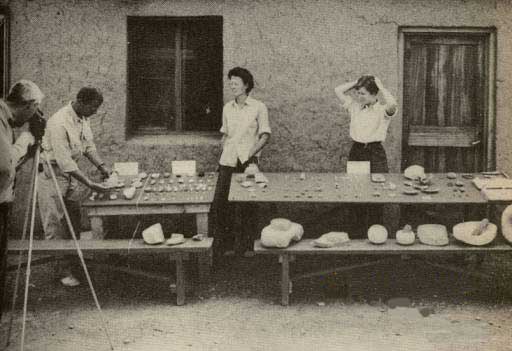 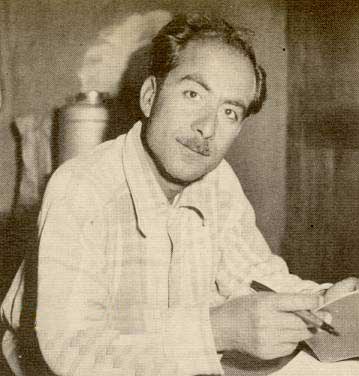 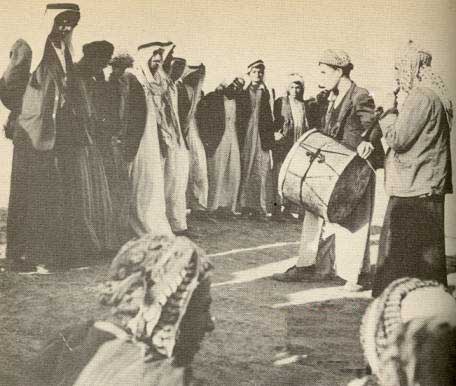 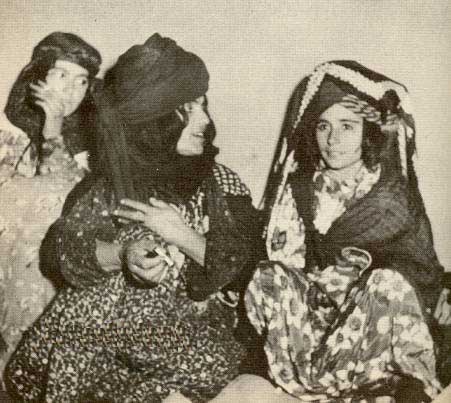 Kurdish Wedding: Bride at right, our Guard's Mother in Center 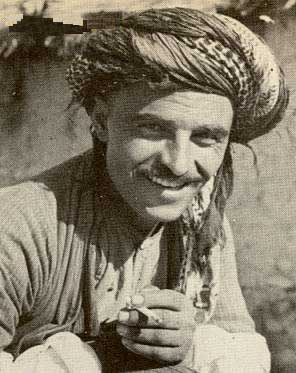 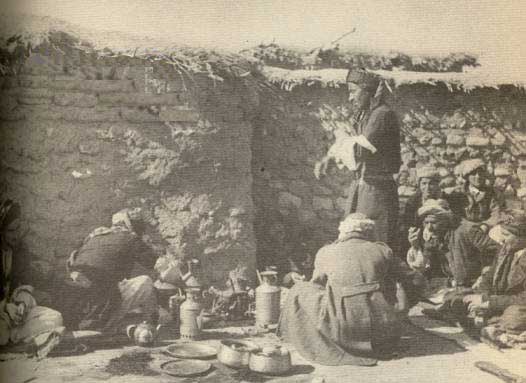 How We Came To Dig Jarmo

Getting Ready To Go

From Beirut To Damascus

We Begin To Dig

An Interlude of Dancing

To Market, To Market

Up From Hard-Boiled Egg Pie?

Luncheon For The Governor

Not So Light Housekeeping

The Gathering of The Staff

A (Pleasant) State of Siege

A Kurdish Wedding And A Cherry Spree

Bruce's sketch of older Baghdad houses on the Tigris.

Modern Baghdad villa on the Tigris.

Chenchemal plain with mound and village of Chemchemal in center.

View of countryside on way from Jarmo to Karim Shahir,

Site of Jarmo as seen from across wadi.

Making a road in to Jarmo.

Expedition house as seen from south.

Men at work on Jarmo excavation.

Mahmud at work on dig.

Bob and Abdullah punching men "out" with Douglas observing.

Bob A. probing a building corner.

Jeff and Dick Glessner and Bob B. examining animal teeth.

Water being emptied from donkey's water bag to make mud for Joe's house.

After a rain; Gretel and Douglas launching the fleet.

Vivian and Douglas round up wandering goats. 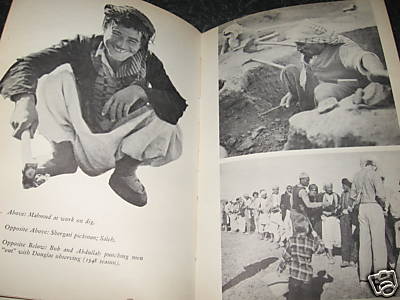 This hardback book, complete with dustjacket comes to you in WELL USED condition.

There is damage and discolouration to the dustjacket which is covered in a plastic protective wrapper which is taped on.

CONTENTS (CHAPTER HEADINGS ONLY – Pictures too numerous to list)

CHAPTER HEADINGS:
Introduction
How we came to dig Jarmo
Getting ready to go
From Beirut to Damascus
Baghdad
Up to Jarmo
Getting settled – Jarmo style
We begin to dig
An interlude of dancing
Getting into harness
To Market, to market
A Kurdish market place
Up from hard-boiled egg pie?
Luncheon for the governor
Not so light housekeeping
Ailments: automotive and human
Junior camp members
Animal problems
The gathering of the staff
Gran’ma becomes an archaeologist
Spring digging
Holidays
A (pleasant) states of siege
A Kurdish wedding and a cherry spree
A busman’s holiday
Digging ended
The division
Farewell to Jarmo 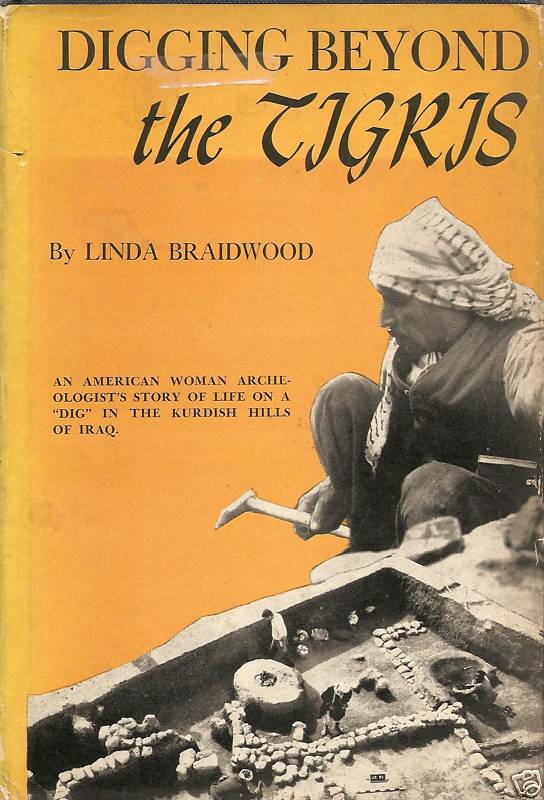