NOTES ON THE
PHONOLOGY
OF
SOUTHERN KURMANJI 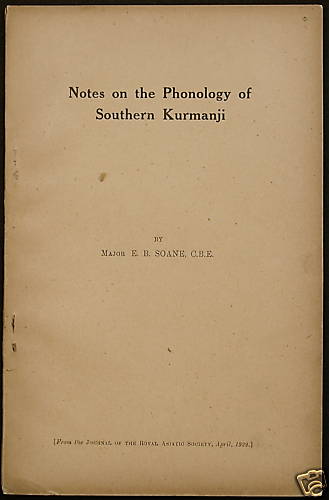 The Kurdish language belongs to the western sub-group of the "Iran"ian languages which in turn belong to the Indo-Iranian branch of the Indo-European language family.

Persian, which belongs to the south-western branch of "Iran"ian language, is also considered a related language, however the differences between Kurdish and Persian are far stronger than the similarities.

All Kurdish words are given using “transliteration” - i.e. the use of letters of the Latin alphabet to represent the sounds of Kurdish. The Arabic alphabet is used to represent Arabic words.

Soane did write two grammars of Kurdish, one in 1913 and the other in 1919; this article post-dates these works and obviously represents work in progress.

An unusual item from one of the major European Kurdish scholars of the early c20th and of great interest to students of the Kurdish language.

E. B. Soane was a pre-eminent expert of the Kurds, a kurdolog and wrote many articles and books about the Kurds and their language and culture. He worked at one time for the Imperial Bank of Iran and is probably best known for his book “To Mesopotamia and Kurdistan in Disguise”. In this book he recounts a journey he made from Constantinople to Baghdad disguised as a Persian traveller. He spoke Kurdish, Persian, Arabic and was an acknowledged expert on the Kurdish language. 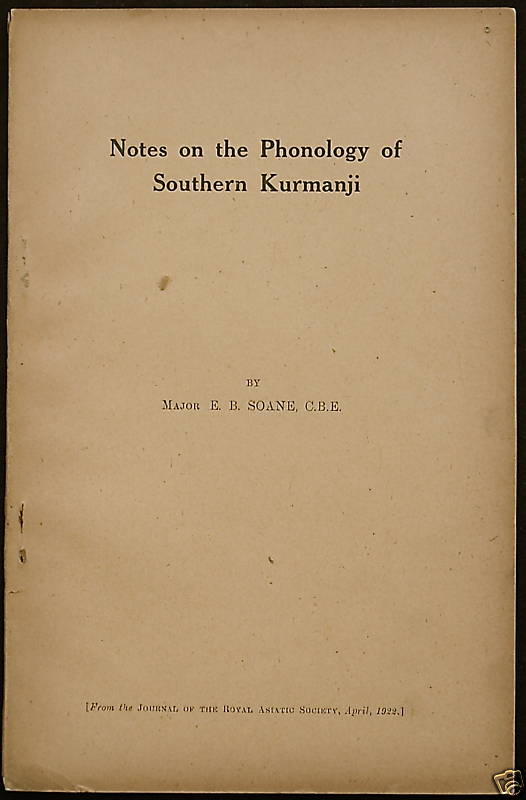 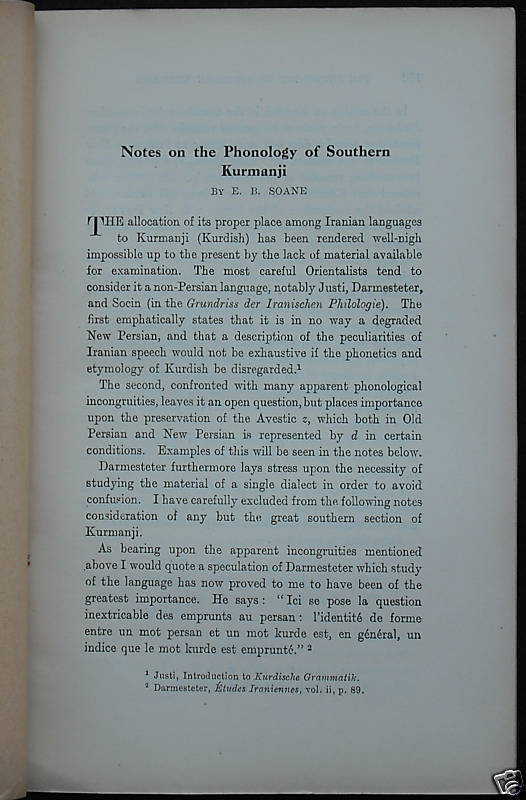 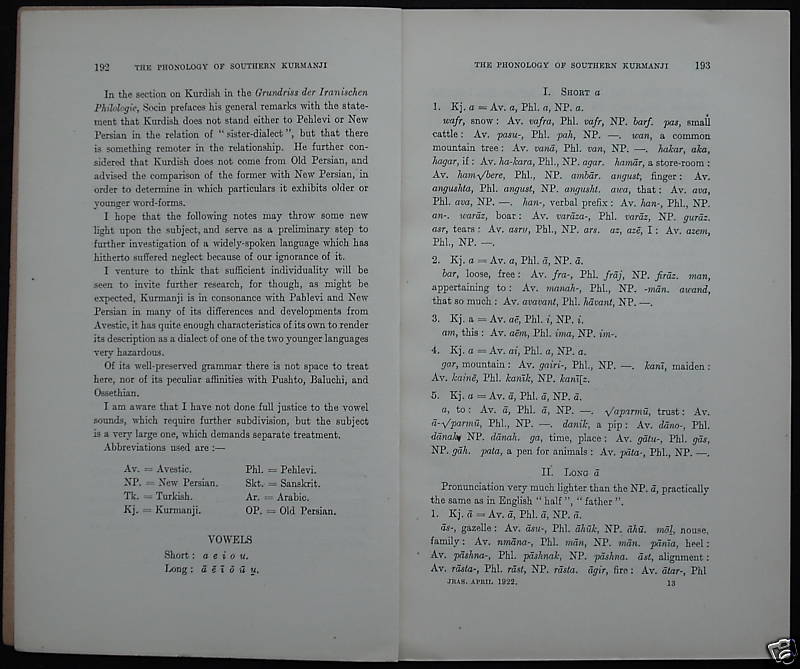 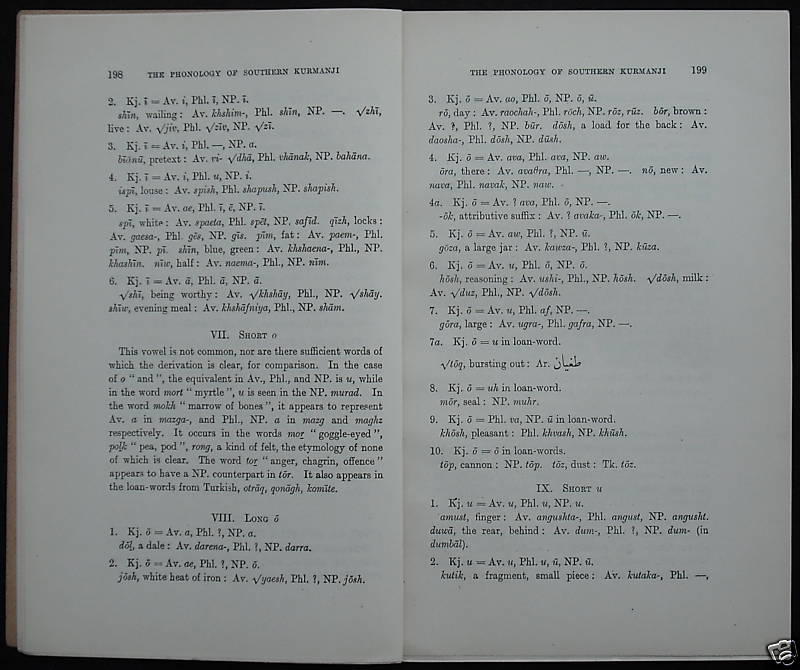 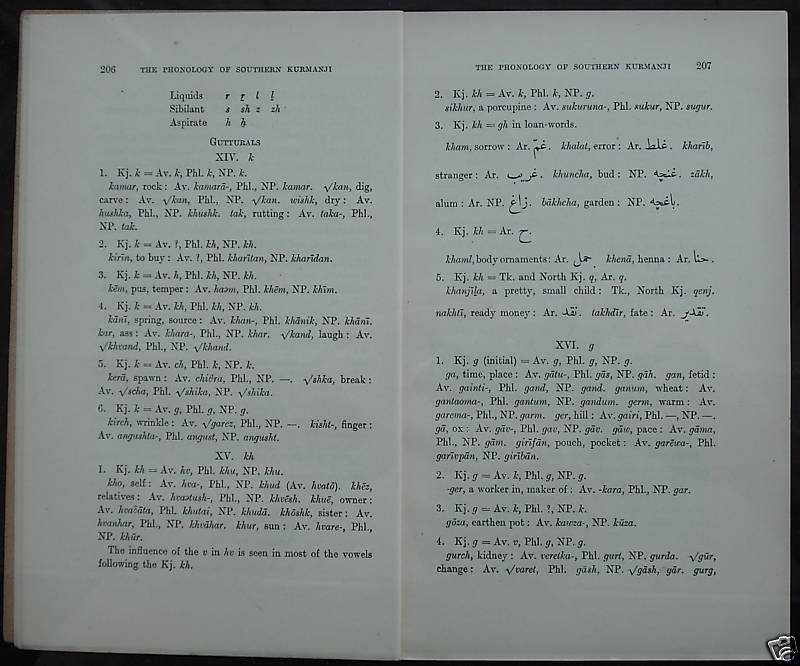 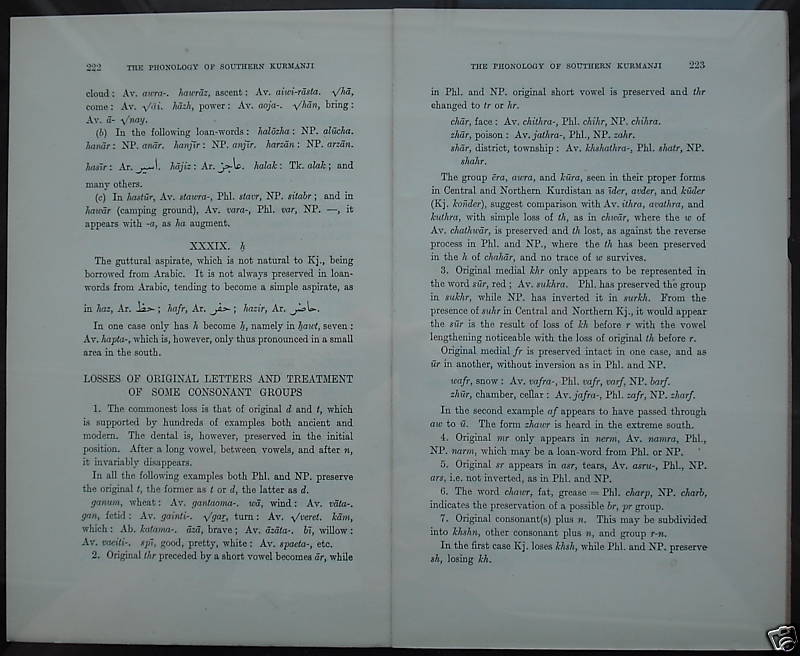