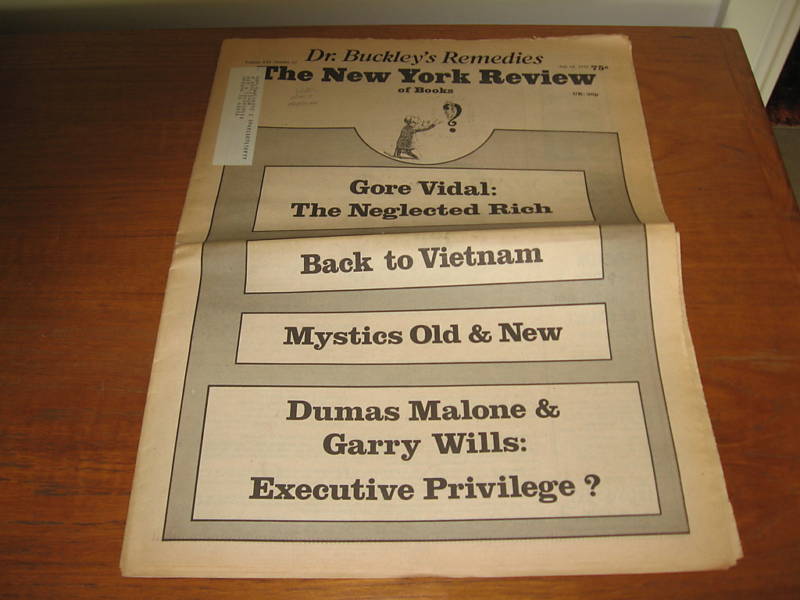 This number of the New York Review of Books for 18 July 1974 It includes:

A longer essay by Simon Head on the Kurdish/Arab conflict in northern Iraq. It's called "The Kurdish Tragedy."

Gore Vidal on two new works by Louis Auchincloss, A Writer's Capital and The Partners.

A new poem by poet and editor, Frederick Morgan.

John Bayley on a new biography of Stendhal by Joanna Richardson.